Get Smart, Again! was a 1989 TV Movie starring Don Adams and Barbara Feldon reprising their roles as Maxwell Smart and Agent 99 respectively.

When KAOS returns with a new scheme Maxwell Smart is recalled to active duty to combat the threat.

Maxwell Smart, acting as a protocol officer since CONTROL was disbanded in the early 1970s, is reactivated as a counterintelligence agent by Commander Drury, leader of the United States Intelligence Agency. KAOS, long considered defunct, has suddenly been revitalized by a corporate takeover. Its first scheme involves blackmailing a forgotten American scientist named Dr. Marcus Hottentot and using his weather control machine to extort $250 billion US dollars from the United States Government. Drury, convinced that only Smart has the expertise to combat KAOS, gives him carte blanche to reactivate former CONTROL agents to assist him in his task. Along with Drury's bumbling aide, Beamish, Smart recruits Larabee (who, believing that he was under orders from Richard Nixon to stay at his post until relieved, has been living in his office in the now-abandoned CONTROL headquarters tending his office plants), Agent 13, Hymie the Robot (now employed as a crash test dummy) and ultimately, his wife 99 to find the security leak that allowed the scientist to defect, locate the weather machine and disarm it. At first, Max was ordered not to have his wife work with him by the president of the United States, but eventually he & the commander changed their minds and let 99 be on the team. They are opposed by a KAOS mole within the USIA which was the commander's #2 man Major Preston Waterhouse, who is able to predict Max's every move with the aid of stolen copies of 99's unpublished memoirs. The visible head of the KAOS scheme is revealed to be Max's old nemesis, Siegfried, but he is merely the agent of a higher executive whom even he has never met and was responsible for the corporate takeover. This new leader is finally revealed as Nicholas Dimente, 99's publisher, who intends not only to extort the money which incidentally he will use to publish his books, but also to create weather that will keep people eternally indoors and interfere with television reception, forcing millions of Americans to entertain themselves by buying Demente's books and publications. Max, 99 and Beamish infiltrate KAOS with the aide of Siegfried's twin brother Professor Helmut Schmelding. After defeating Demente's henchmen with medieval weaponry, the CONTROL agents kill Demente with his own weather machine. Max and 99 celebrate by embracing each other and using the weather machine to snow just so they can hide themselves. 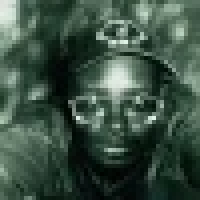 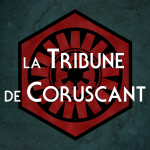