How Green Was My Valet

Witness for the Execution

And Only Two Ninety-Nine

Max and 99 pose as a valet and maid to infiltrate the Bulmanian Embassy where a container of stolen rocket fuel is believed to be hidden. 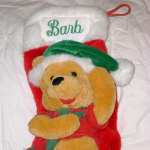